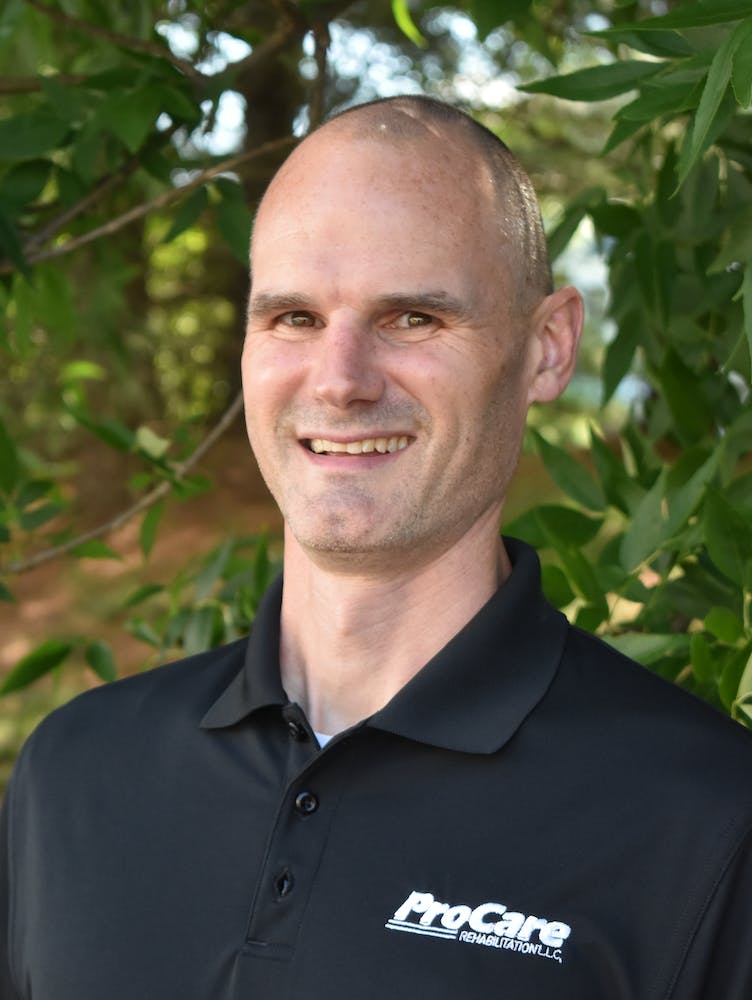 Eric earned his Bachelor’s in Health Science in 1996 and his Master’s in Physical Therapy in 1997, both from the University of Scranton in Pennsylvania. He went on to complete a certification in McKenzie mechanical diagnosis and treatment of the spine. A lacrosse player at the University of Scranton and now an avid runner and triathlete, Eric enjoys treating athletes of all ages.

Eric lives in Hunterdon County with his wife Lauren and their children, Brady, Delaney and Liam. 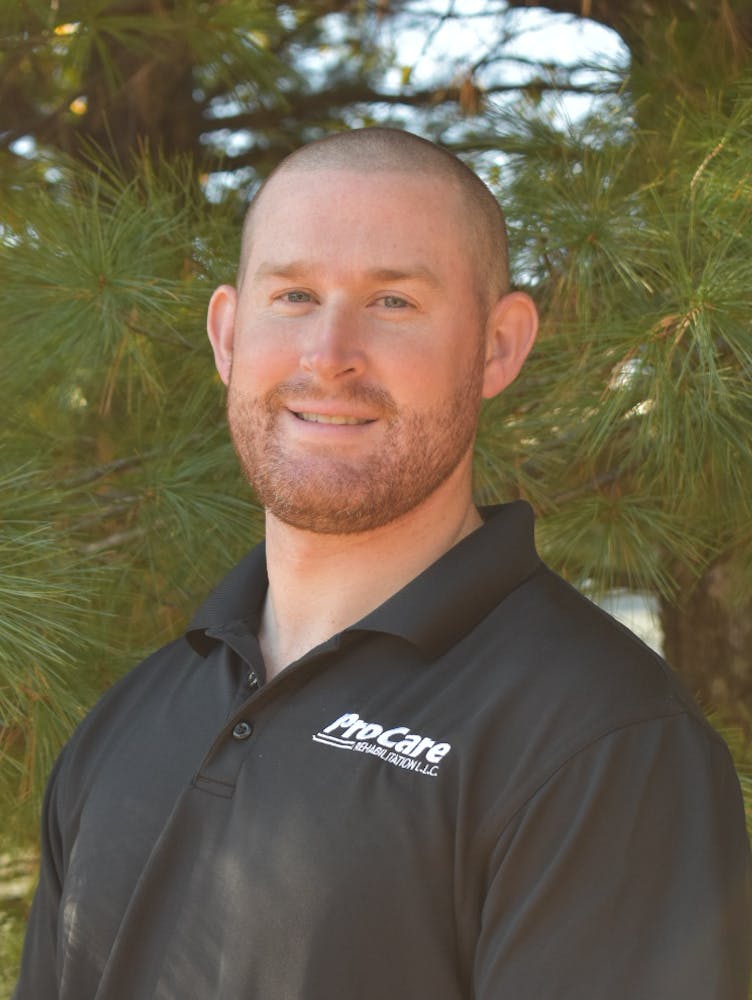 Brian is an avid golfer, and enjoys basketball and fishing. 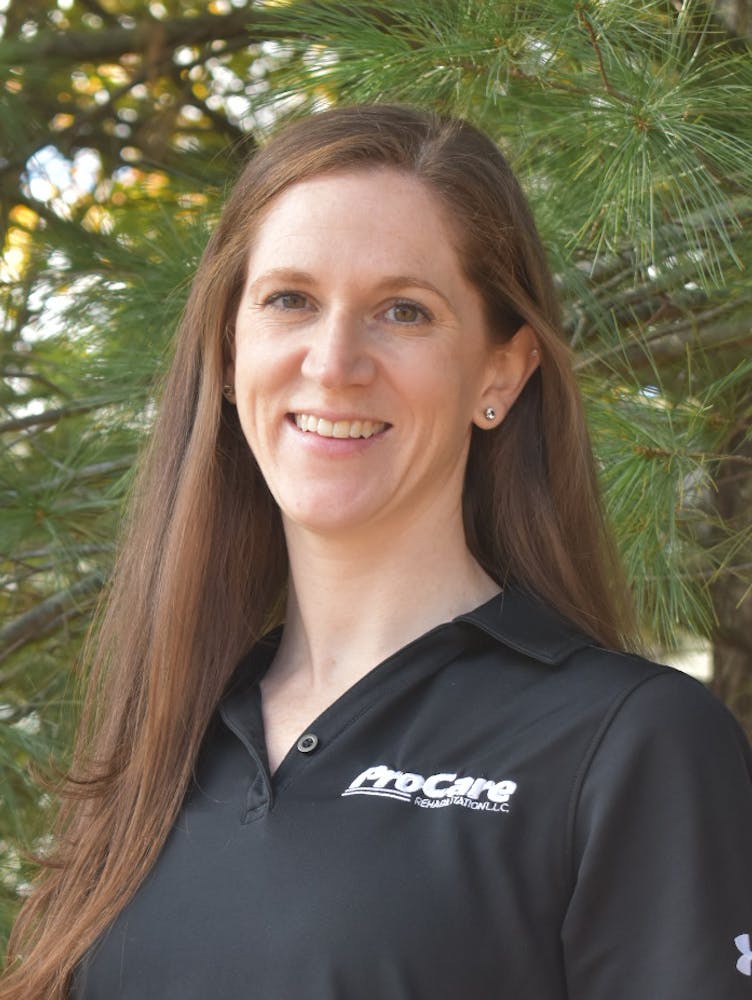 Kimberlee decided that she wanted to become a Physical Therapist after a running injury in high school that was healed through physical therapy treatment. She received her Bachelor of Science in Exercise Science with a minor in Biology from Rutgers University in 2011. Kimberlee then pursued her Doctorate in Physical Therapy at Rutgers University Newark, graduating from her program in 2014. Kimberlee is a Certified McKenzie MDT Clinician and has taken courses in Vestibular and Concussion Rehabilitation as well. She enjoys treating patients of all ages and loves working with athletes and those with special needs. 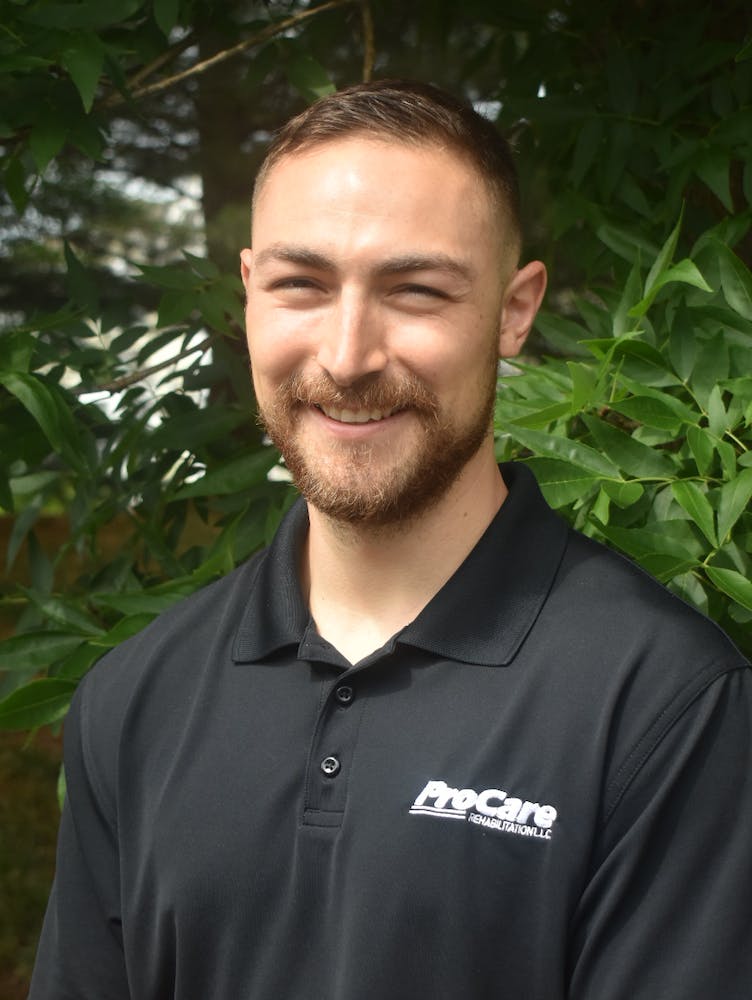 Ryan is a Ringoes native and a Hunterdon Central graduate. He always had a passion for sports growing up, but unlike most PT’s he never got injured and went to PT himself!  He completed his undergraduate degree in 2016 at Coastal Carolina University where he studied Exercise and Sports Science and played club baseball. During his off time from school, Ryan was a volunteer and eventually an Aide at ProCare. He received his Doctorate in Physical Therapy from Drexel University in 2020 and returned back to ProCare to work as a therapist.

Ryan loves anything that gets him outdoors and enjoys exercising in his free time. 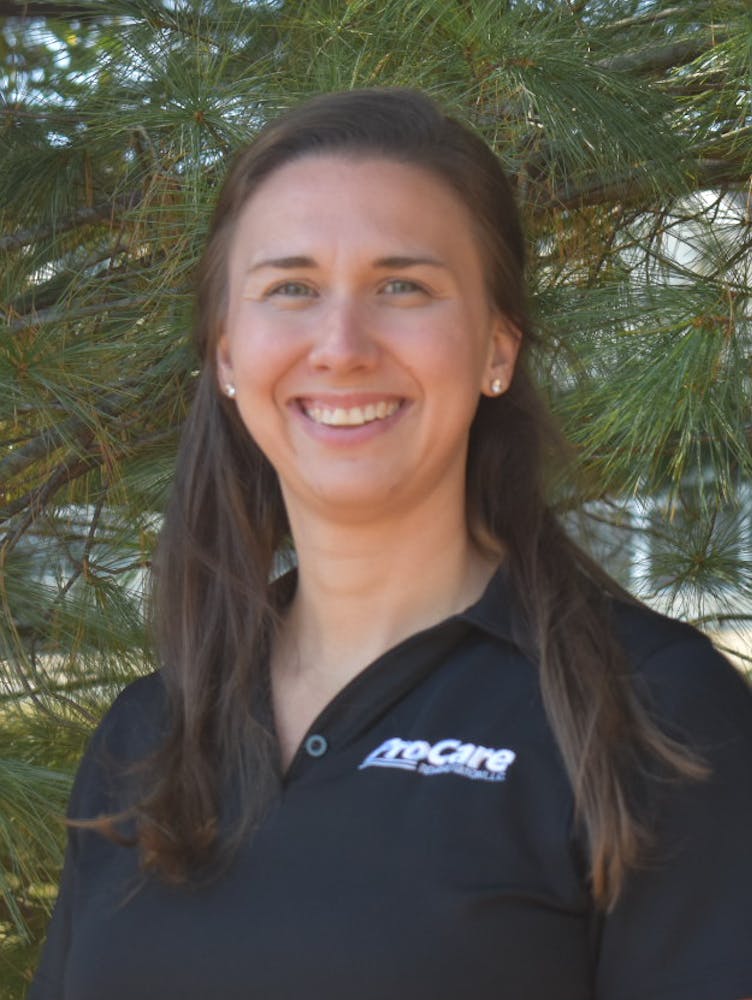 Alissa always knew that her occupation would be in healthcare and physical therapy was the perfect fit. Alissa received her Bachelor of Science in Exercise Science with a minor in Strength and Conditioning from the University of Delaware in 2010. She pursued her Doctorate in Physical Therapy at Drexel University, completing her degree in 2013. Alissa is a Certified McKenzie MDT Clinician. She has completed coursework in Vestibular and Concussion Rehabilitation and Therapeutic Riding. She enjoys treating patients of all ages with special interests in pediatrics/early intervention and vestibular rehabilitation.

Alissa enjoys running, horseback riding and martial arts. She lives in Bucks County with her husband, Rich and dog, Jackson. 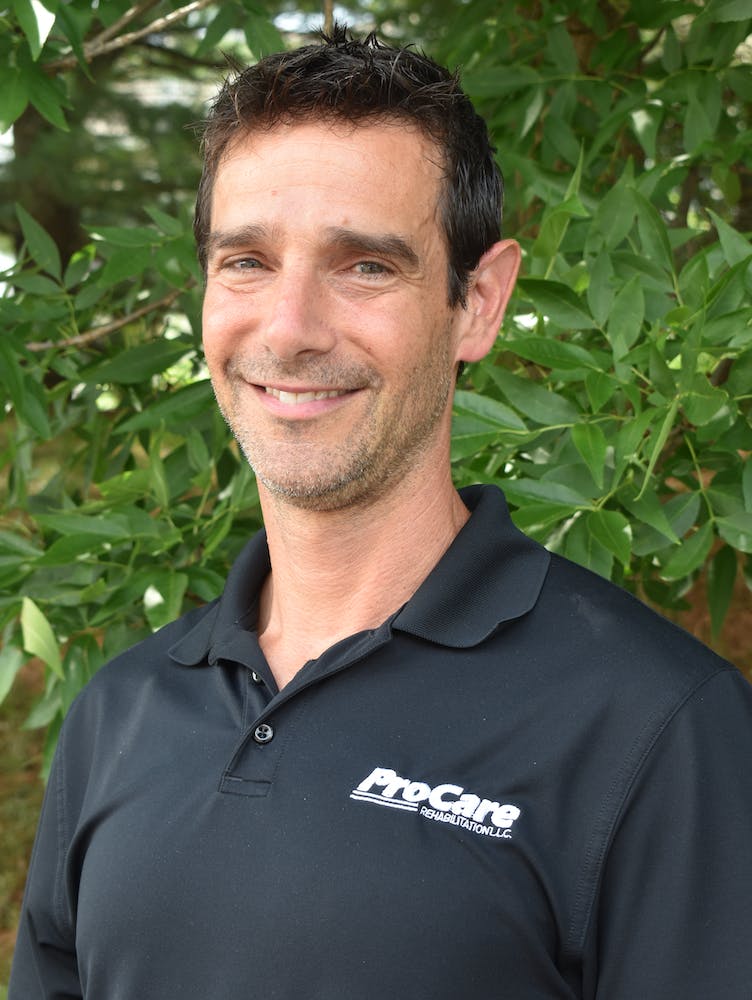 Brian earned his Master’s degree in Physical Therapy in 1996 from Long Island University. From 1998 to 2000 he was adjunct professor at Hunter College. He went on to complete a certification in McKenzie mechanical diagnosis and treatment of the spine from the McKenzie Institute. Brian is now a competitive triathlete, three-time Ironman and runner at all distances. 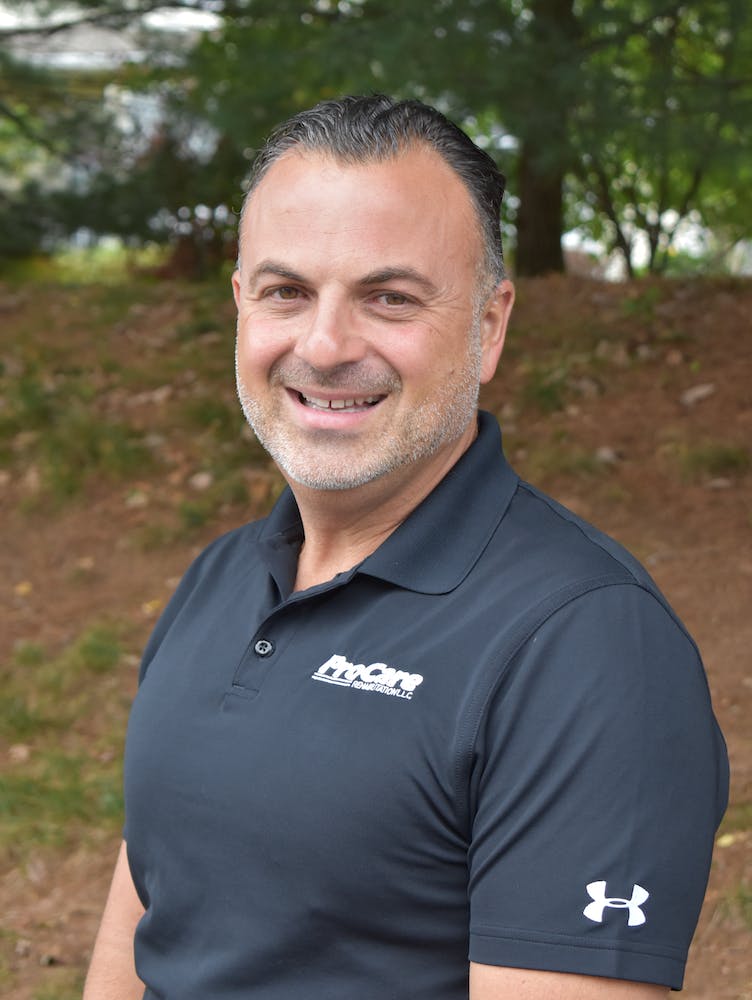 Steven earned his Bachelor of Science in Physical Therapy from Daemen College in 1995. Steve founded ProCare in 1998, bringing the area a new treatment philosophy of a Mechanical/Manual approach. He holds the distinction of being the first Physical Therapist in Hunterdon County to be certified by the McKenzie Institute. An enthusiastic tennis player and golfer, Steve enjoys treating patients of all ages.

Steven lives in Hunterdon County with his wife Ida and their four children, Dominic, Jack, Charlie and Lila. 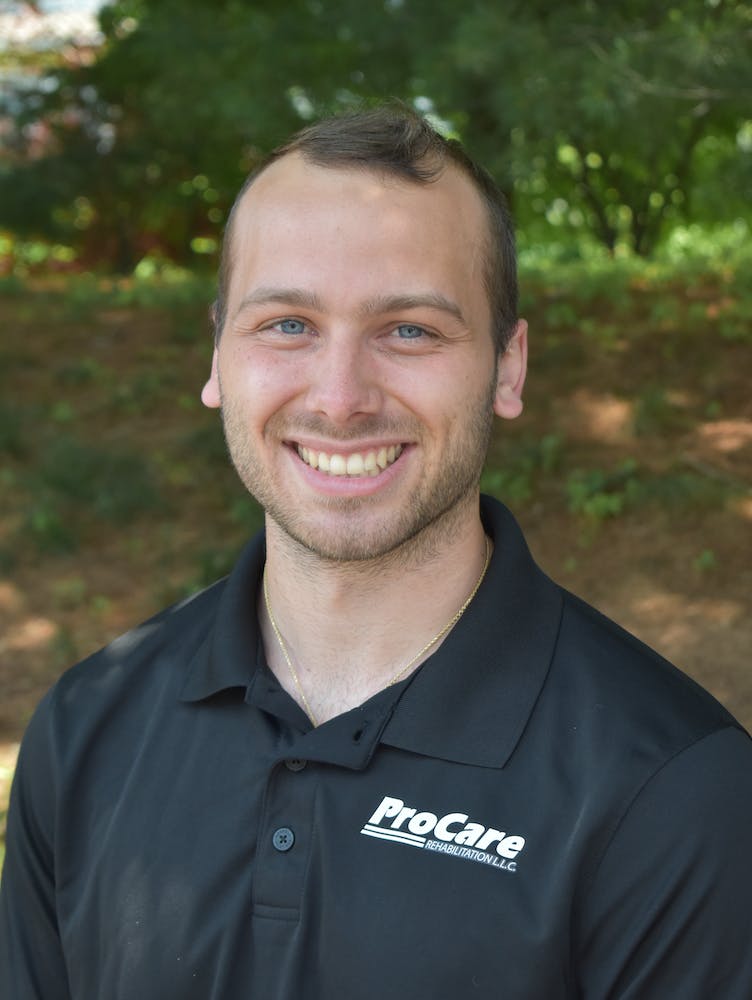 Brian completed his Bachelor of Science degree in Biology in 2019 at Stockton University. While there, he earned early admission into Stockton’s Doctor of Physical Therapy program and graduated with his doctorate in 2021. Brian decided to become a Physical Therapist after being treated for an injury received from ice hockey. He likes working with people of all ages and enjoys treating sports and general orthopedic injuries. Brian is currently living in Bridgewater. He enjoys playing all sports, biking, and spending time with his friends and family. 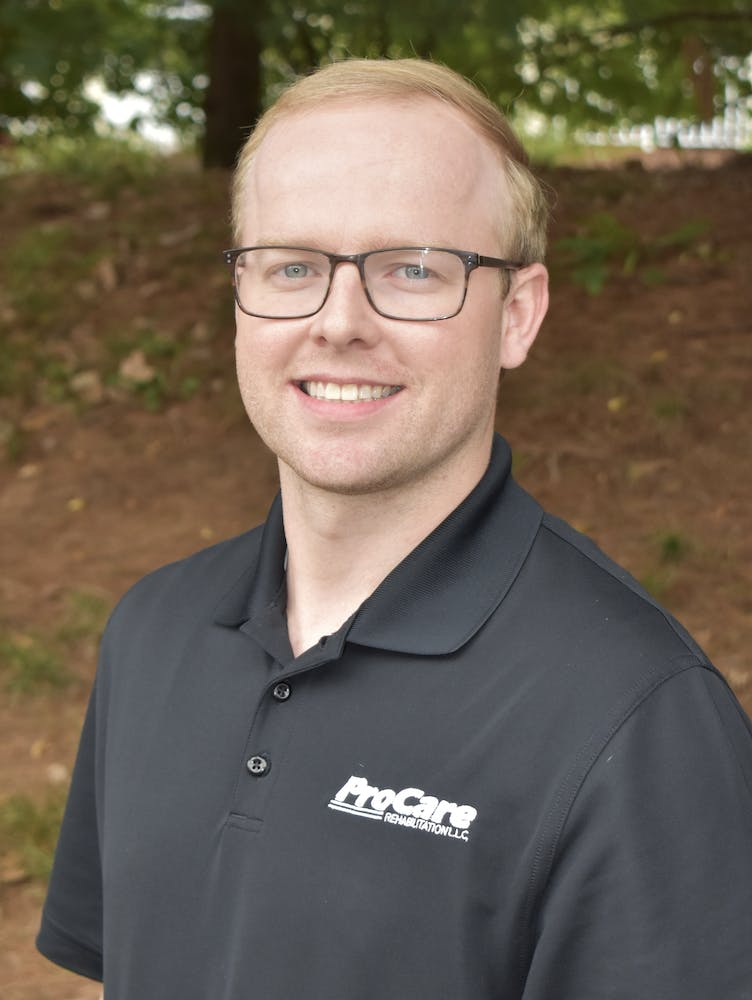 Michael grew up in Hunterdon County and graduated from Voorhees High School. He earned his bachelor’s degree in Psychology in 2019 and his Doctorate in Physical Therapy in 2022 from Kean University. Michael has been an athlete all his life playing basketball, lacrosse, soccer, and golf. He played four years of college lacrosse during undergrad and was the Assistant Coach for the Men’s Lacrosse team during graduate school. Michael’s goal at ProCare is to become a McKenzie-Certified clinician. He enjoys treating patients of all ages. 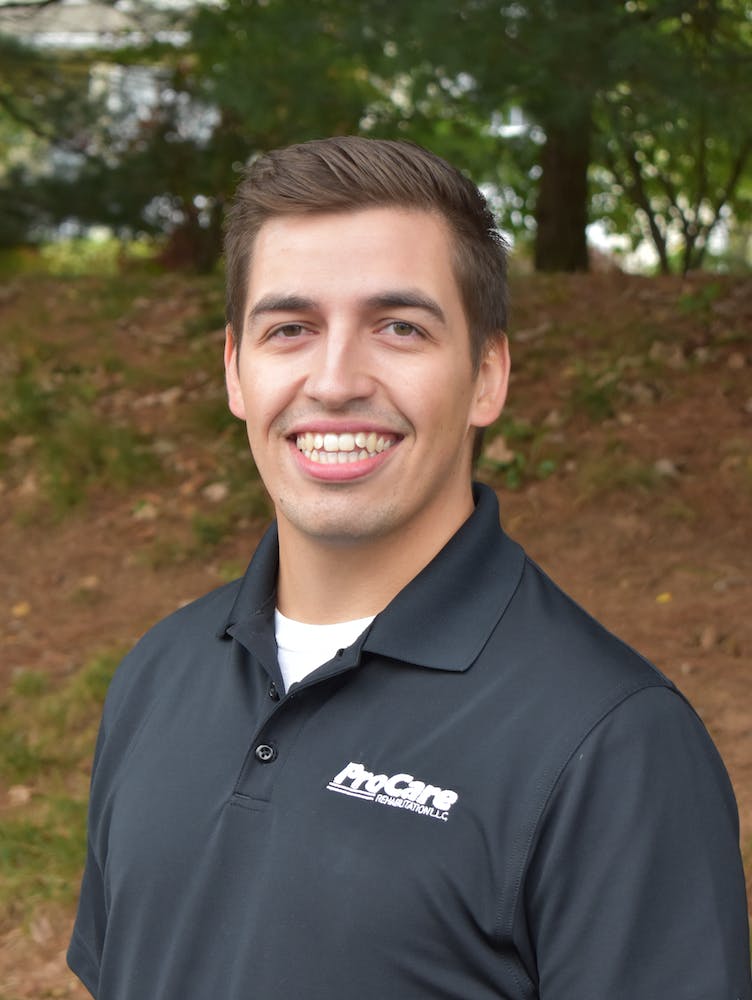 Forrest grew up in Hunterdon County and is a Hunterdon Central graduate. While at Hunterdon Central he played lacrosse and continued his athletic career at Kean University, where he competed in Division III lacrosse and completed his undergraduate degree in Psychology. Forrest then pursued his Doctorate in Physical Therapy at The University of Scranton, graduating from the program in 2022. Forrest was a clinical education student at Procare and has returned as a licensed physical therapist. Forrest enjoys treating patients of all ages and diagnoses. Forrest also enjoys being outdoors and his hobbies include golfing, fishing, hiking, and snowboarding. 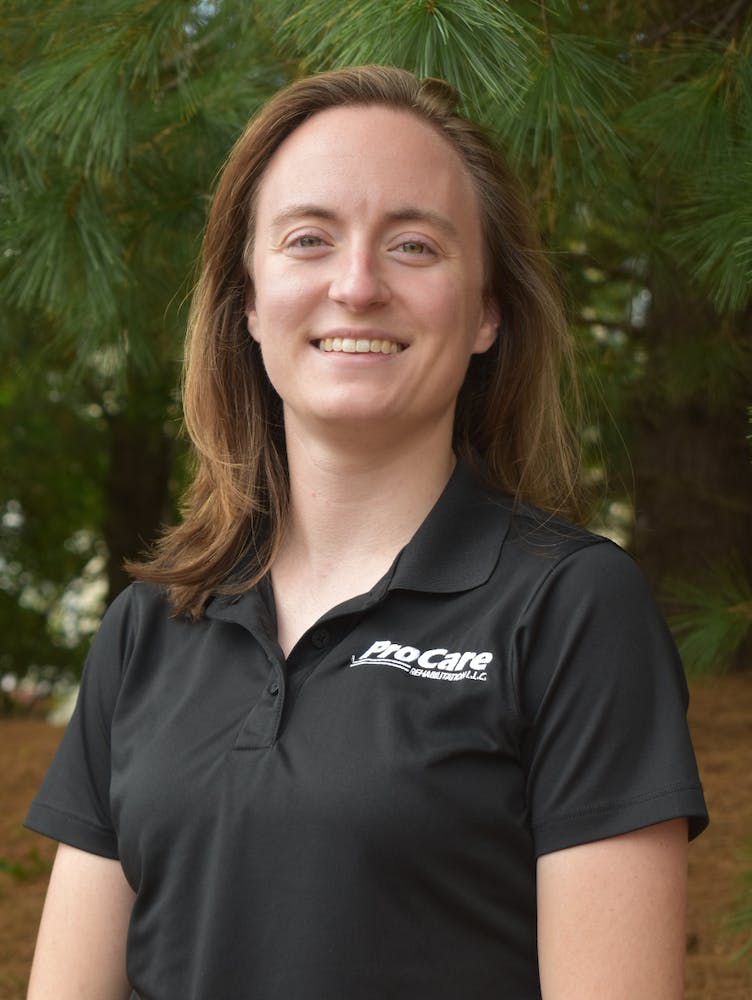 Christina has had a passion for movement since her early childhood when she first began dance classes at a local Hunterdon County studio. After continuing to dance and play multiple sports, including soccer and baseball, while growing up, she continued her love of movement by completing dual degrees from the University of Buffalo: a Bachelor of Arts in Dance and a Bachelor of Science in Exercise Science in 2018. During her time off from school, she volunteered at ProCare Flemington. Christina then went on to receive her Doctor of Physical Therapy degree from the University of Pittsburgh in 2020 and joined the ProCare team as a therapist shortly after. She enjoys treating patients of all ages, especially dancers and athletes.